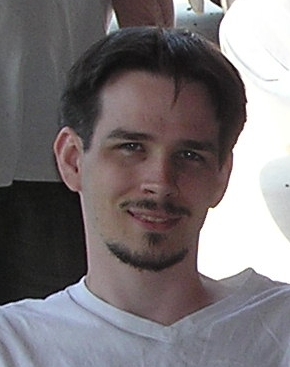 My primary area of research is Programming Languages. These are the interface between human problem solvers and actual computation: programming languages provide the necessary abstractions for expressing an executable solution to a computational problem and, as such, are also the medium for analyzing a given solution (i.e., program) for qualities such as correctness, security, and reliability.

Programming Languages is a broad area containing many interesting research problems; it also is open to different approaches to those problems ranging from formal and rigorous theoretical work to pragmatic implementations of complex real-world systems. Within this area, my particular focus is on building tools to help developers create quality solutions, particularly solutions that are error-free and secure. To do so, I rely on programming language theory to provide a principled approach and use that theory as a lever for building practical systems that solve real-world problems.

My research has followed three distinct paths within my focus of interest:

My graduate work focused on pointer analysis, a fundamental analysis for understanding the behavior of programs and a critical component of any static analysis tool for investigating program correctness and security. I created new, innovative pointer analysis algorithms that significantly outperformed the current state of the art. Once I started my own research lab I finished off some remaining work on pointer analysis and then expanded my interests more broadly. My new main focus was static analysis of JavaScript.

JavaScript is a dynamic language that is difficult to statically analyze while remaining sound, reasonably precise, and practically useful. In fact, up to that point no one had managed a sound JavaScript analysis; all existing JavaScript analysis infrastructures explicitly gave up on soundness. Our basic research question was whether a sound JavaScript analysis with useful precision and performance was even possible. To tackle this question we turned to abstract interpretation, a theoretical framework for provably sound static analysis. We created a formal, executable concrete semantics for JavaScript (essentially a formally-specified interpreter); we then lifted that semantics to an executable abstract semantics specifying a static analysis that was provably a sound over-approximation of the concrete semantics. We then used the resulting analysis tool to build a security analysis for JavaScript-based browser addons, demonstrating that we could soundly, precisely, and scalably derive important information-flow properties of these addons in order to detect possible malicious behavior.

While sound JavaScript static analysis was our main focus, we worked on related projects as well:

Our research focus then shifted to problems in software testing. This may seem like a significant departure from our static analysis work, but I view testing as a form of complete program analysis—that is, rather than over-approximate program behavior we under-approximate it. In this way, testing is complementary to sound program analysis and provides a useful contrasting technique for understanding program behavior. This shift was initially motivated by some interesting problems that arose during our sound JavaScript analysis project having to do with testing our formal semantics. How could we have confidence in our formalization of such a complex language and our implementation of that formalization? Testing seemed like a useful answer, but that led to another problem: how to create large, comprehensive test suites of JavaScript programs with which to test our work?

These questions led us to the area of software fuzzing, i.e., automatically generating inputs for a system under test. However, our needs differed from the majority of fuzzing work at the time: (1) our inputs were not simple types such as bit-strings, but complex data structures with non-trivial invariants; and (2) we weren’t interested in detecting crashes but in detecting semantically incorrect behavior of the system under test. We developed a novel technique for generating these complex inputs using Constraint Logic Programming; the basic idea is that we can specify the necessary invariants as logic programs and use those programs to generate conforming inputs. Our first efforts were aimed at generating JavaScript programs with non-trivial runtime behavior (e.g., that didn’t just terminate immediately with the value undefined). We then showed that we can use the same technique to generate a number of interesting data structures (e.g., splay trees, images, red-black trees, and more). Finally, we collaborated with the Rust language development team to use our technique to test the Rust type checker and help refine the Rust type system, by automatically generating Rust programs that were guaranteed by construction to be well-typed (or ill-typed). As an outgrowth of all of our fuzzing research, we also created a new metric for comparing fuzzers against each other that does not require any expert developer knowledge; this metric improves greatly on common but methodologically flawed fuzzer comparison techniques.

As a side project unrelated to the above, we also worked on cross-language clone detection (i.e., detecting repeated code across programs written in different languages), which is relevant for applications written for multiple platforms such as iOS and Android.

Our ongoing project in this space now is the problem of Translating C to Safer Rust. Rust is explicitly designed to provide a safe alternative to systems languages like C and C++ by statically guaranteeing memory- and thread-safety. Our C-to-Rust project is motivated by the large amounts of existing C programs comprising the world’s critical computing infrastructure; our goal is to use program analysis to automatically translate C programs into Rust programs such that the Rust compiler can provide those guarantees (rather than falling back on the unsafe code escape-hatch). We have done an extensive set of experiments exploring this problem and potential avenues forward, and continue to work on it.

This research path is motivated by my collaboration with the department’s Architecture Lab, consisting of Prof. Tim Sherwood and (for a time) Prof. Fred Chong, and more recently adding Prof. Jonathan Balkind. Our first collaborative effort targeted verifiably secure critical hardware systems. The Architecture Lab was working in this space already, but had a number of issues they were still trying to address. I brought a Programming Languages perspective to those issues and offered some ideas, which led to our collaboration. We designed a security-based type system and static analysis for Verilog which guaranteed that a given hardware design has secure information flow, and implemented several working processors with that guarantee.

An interesting question that arose during that project was about the primary HW/SW interface, i.e., the ISA. This is the lowest level of abstraction for which we can reason about a program’s behavior, and requires the least amount of Trusted Computing Base in order to do so. However, traditional existing ISAs (such as x86) are extremely large, complex, and difficult to reason about. What would an ISA look like if it was designed from scratch with verifiability in mind? Our answer was an extremely novel, formally-specified ISA based on the lambda calculus, and we showed: (1) that it could be reasonably implemented in hardware; (2) that it could express critical software systems; and (3) that it enabled much easier and more certain verification of safety and security properties than traditional ISAs.

Our efforts and association with the Architecture Lab have led to four more ongoing collaborative projects:

I was motivated to begin this research path by a high-level problem that most Computer Science departments face: a large population of students interested in learning Computer Science coupled with a relative scarcity of instructors and resources to help them do so. I experience this problem first-hand in the undergraduate classes that I teach, and out of this experience came the thought that I could apply my research on building tools for software developers and hardware designers to the problem of building tools for students and instructors in Computer Science courses in order to address this disparity.

We (meaning myself and those of my students who acted as my TAs) had already at this point leveraged our research on language fuzzing (i.e., automatically generating interesting programs in a given language) to create test suites for grading various projects in our department’s Compilers course and Programming Languages course. We also adapted our work on cross-language clone detection to target plagiarism detection (a problem distinct from clone detection due to its adversarial nature). These were ad-hoc efforts, but planted the seed for a more comprehensive ongoing project that I call Mentor.

Ultimately Mentor will provide assistance for a number of our courses, but at the moment it targets our department’s Automata and Formal Languages course. A number of graduate and undergraduate students have worked and are working on Mentor to continually expand its capabilities, and Mentor has been used in every offering of this course since 2019. The main problem that I want Mentor to address is automated student feedback. Studies show that students learn best when they are provided fast and detailed feedback, however with so many students and not enough instructors students often get assignments back weeks later and with minimal commentary. Automated grading is a nice bonus that comes almost for free with automated feedback. Currently, Mentor has the following capabilities:

There is ongoing work to extend Mentor’s capabilities for the Automata and Formal Languages course (providing feedback on various types of proofs, generating more kinds of problems, etc) and also to extend it beyond that course (e.g., we are actively working on providing support for a course on Python programming).